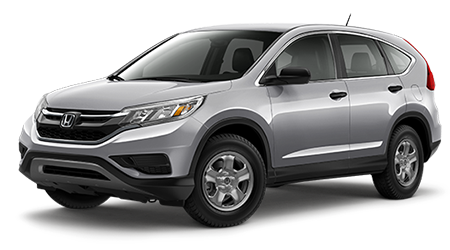 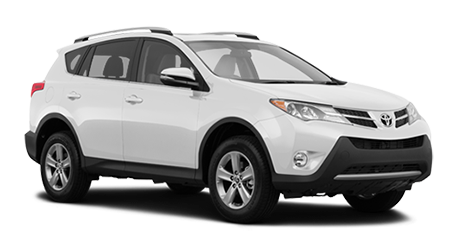 A brand-new 2015 Honda CR-V is the cure for what’s ailing your daily drives, and Brandon Honda of Tampa, FL is ready to help you find your own. We have been serving the Tampa community for decades, connecting drivers from all over the state with spectacular Honda models. The CR-V is ready for anything and will make a great pick as your next car.

The 2015 Honda CR-V is a popular and highly rated choice that drivers love even more than the Toyota RAV4.

Drivers love the 2015 Honda CR-V because it offers a lot of great power without all the bulk and heavy construction of a full-size SUV. The CR-V draws power from a 2.4-liter four-cylinder engine mated to a CVT gearbox with either a front- or all-wheel drivetrain. In either drive configuration, the engine is rated for 185 horsepower and produces 181 lb.ft. of torque. The RAV4 is powered by a 2.5-liter inline four mated to a six-speed automatic transmission with either a front-wheel or all-wheel drivetrain. The RAV4 will have to work harder for its giddy-up, though, its engine is rated for only 176 horsepower and produces only 172 lb-ft. of torque.

If you carry passengers frequently, the 2015 Honda CR-V will help you keep them happy on longer drives. The CR-V offers 104.1 cu.ft. of passenger volume in its interior, while the RAV4 measures in at 101.9 cu.ft. Passengers in all seating positions inside the CR-V will certainly enjoy a bit of extra space for their head, legs, hips, and shoulders.

The 2015 Honda CR-V will make a great addition to your garage, and you’ll love the way it drives. Come visit us here at Brandon Honda in Tampa, FL for your pick of these exciting, fun-to-drive SUVs.

CONSENT TO RECEIVE TEXT MESSAGES *By submitting my cell phone number to the Dealership, I agree to receive text messages, and phone calls, which may be recorded and/or sent using automated dialing equipment or software from Brandon Honda and its affiliates in the future, unless I opt-out from such communications. I understand that my consent to be contacted is not a requirement to purchase any product or service and that I can opt-out at any time. I agree to pay my mobile service providers text messaging rates, if applicable.