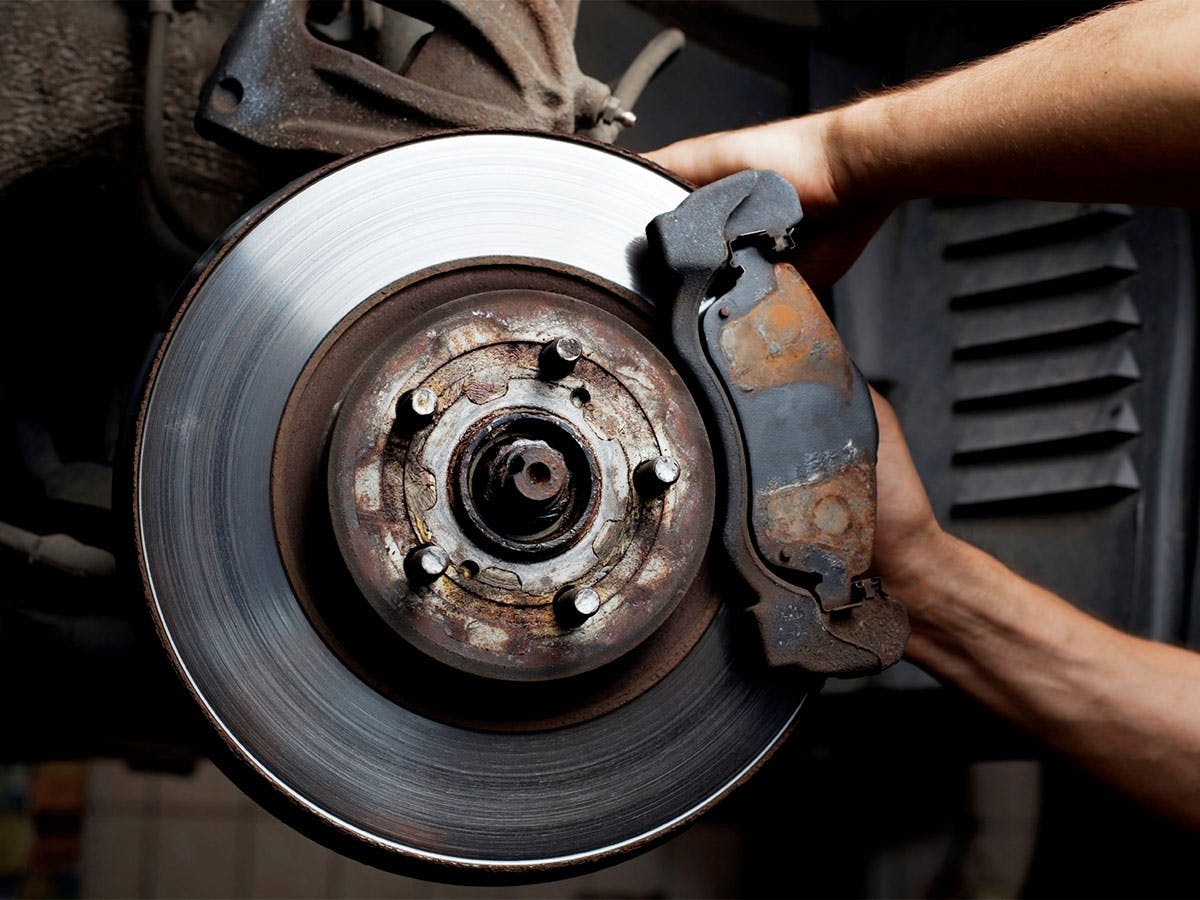 Did You Know?: Squealing Brakes

Squeaking brakes can be really annoying and embarrassing. Typically, we tend to think something is wrong with the brakes when they squeak. It's not necessarily true, though. I'll first walk you through the scenarios that DO need attention, then I will share some experience with those scenarios that only require some understanding.

Brake pads on most vehicles with an average driver typically last from 50-85,000 miles. Some pads could go longer, like if the driver spent most of the time on the highway. The shortest brake pad life I have seen was on a 1998 Nissan Pathfinder. The vehicle’s owner drove it about 7,800 miles before a certain noise occurred that alerted the driver to bring it in to us. We found the brakes were hitting the squealers (a piece of thin metal attached to the pad) and the pads had worn evenly on both sides. The almost continuous noise he heard told the driver something was wrong. It is designed to make contact with the rotor around 2 millimeters from the pad backing to let the driver know it’s time to check the brakes before more severe damage can result. It was a surprise - until the customer told us he delivered newspapers for a living.

If the driver ignores this noise, or it can’t be heard for various reasons, another noise develops that is even more costly. Grinding is a very good indicator that the brakes have now reached metal to metal, which means that an ordinary resurfacing might not do and the brake rotors may have to be replaced. Even worse, now the braking performance is severely diminished. A brake pad in proper working order has more surface area thus more stopping power and heat dissipation. Brakes at metal to metal have less surface contact area, generate more heat, and have a lot less stopping power.

Some squeaks don’t need the attention like the previous examples do. The first one I will call the "getting out of bed" squeak. You back your car out of your driveway or pull it out of its spot first thing in the morning. The first brake application you hear a light chirp at the end, and maybe even the second or the third. Then you don’t hear a peep for the rest of the day. There’s nothing to worry about in this case. It may have been a cool morning out or the humidity was high. Moisture built up on the surface of the pads and the rotors. During the first couple of applications, until the moisture evaporates away, the brakes will experience a microscopic slip/stick condition, which creates the squeak. Since the atmospheric condition changed later in the day, so did the appearance of the noise.

Under heavy stop-and-go driving, brakes can reach high temperatures. The expansion of the metals can change the shape of the metals ever so slightly, so a customer could possibly experience a slight squeak when almost stopped. The brakes cool, the noise goes away.

Brandon Honda offers a free brake check with every service. Let our service managers know if you have any concerns and we'll take a look at it. Have a question for a technician? Just fill out this form on our website and we'll answer it!

By clicking "SUBMIT" I agree to receive emails, text messages, and phone calls, which may be recorded and/or sent using automated dialing or emailing equipment or software, from Brandon Honda and its affiliates and business partners in the future, unless I opt-out from such communications. I also agree to the Terms of Use and Privacy Policy linked below. I understand that my consent to be contacted is not a requirement to purchase any product or service and that I can opt-out at any time. I agree to pay my mobile service provider's text messaging rates, if applicable.