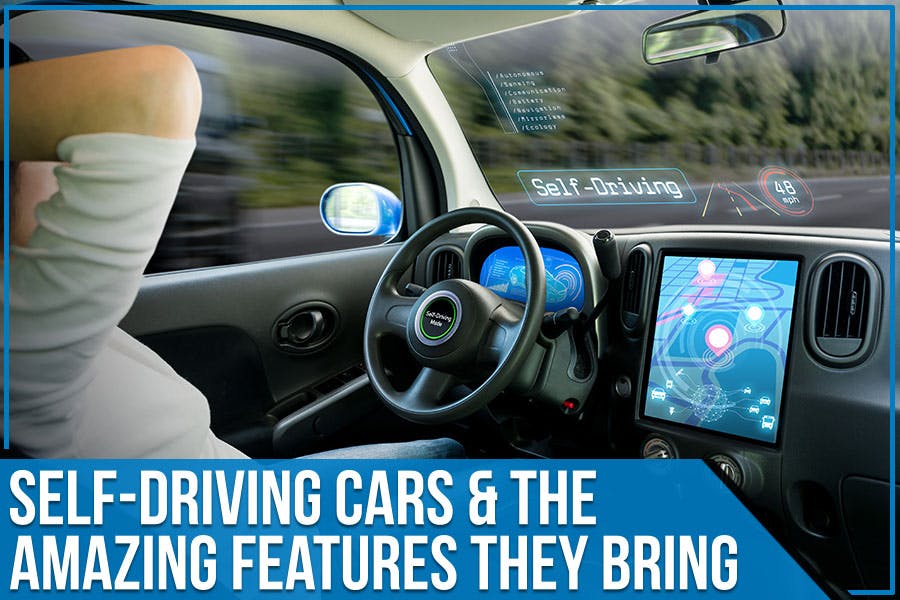 You've heard about self-driving cars and may even have seen them on the road. But do you know what they are and how they’re expected to impact society? Is this a trend that we should be following, or is it just a fad that will come and go without any real impact on society as a whole?

In this blog post, we'll answer many of those questions to quench your curiosity!

Self-driving cars are expected to reduce traffic jams dramatically. This is because they can communicate with each other and flow more efficiently as a group. They can drive much more closely together than human drivers, which means that a traffic lane could hold many more cars. This would decrease the need for additional lanes and ultimately lead to less congestion on our roads.

Autonomous vehicles are also more efficient when it comes to fuel economy. This is because they can optimize their speed and braking in a way that minimizes energy use. In addition, self-driving cars can travel closer together than human drivers, which means less space between them. This ultimately leads to less drag on the vehicle, which uses less fuel.

Self-driving cars are environmentally-friendly. They reduce emissions by eliminating the need for human drivers, who often idle their engines when waiting in traffic or looking for a parking spot. In addition, self-driving vehicles can be programmed to optimize their routes and driving patterns, resulting in even greater fuel efficiency. Self-driving cars could improve air quality by reducing emissions from cars on the road.

Autonomous vehicles could also lead to economic savings. For example, if a car can drive itself and doesn’t require a driver, that would mean that the cost of operating the vehicle goes down. In some cases, this could translate into huge savings for people who use cars for business purposes.

Convenient Transportation for Everyone

Autonomous vehicles have the potential to revolutionize transportation for everyone, not just drivers. For example, they could be used to transport goods and materials, which would lead to increased efficiency and reduced costs.

They could also be used to shuttle people around in places where public transportation is unavailable or inconvenient. This would be especially useful in rural areas and developing countries where cars are expensive.

They could even be used to transport people in areas with limited availability of other types of vehicles, such as during natural disasters. All these possibilities mean that autonomous technology has the potential to improve safety, accessibility, efficiency, and convenience for everyone who uses or relies on personal automobiles today.

Come to our Honda Dealership!

Self driving cars are the industry’s next big innovation, and it won’t be long before they become a common sight on our roads. In the meantime, we recommend you browse through the inventory of new cars for sale or stop by our dealership at Brandon Honda, serving Lutz, FL. Come and see first-hand what new cars we have on our lot.

By clicking "SUBMIT" I agree to receive emails, text messages, and phone calls, which may be recorded and/or sent using automated dialing or emailing equipment or software, from Brandon Honda and its affiliates and business partners in the future, unless I opt-out from such communications. I also agree to the Terms of Use and Privacy Policy linked below. I understand that my consent to be contacted is not a requirement to purchase any product or service and that I can opt-out at any time. I agree to pay my mobile service provider's text messaging rates, if applicable.