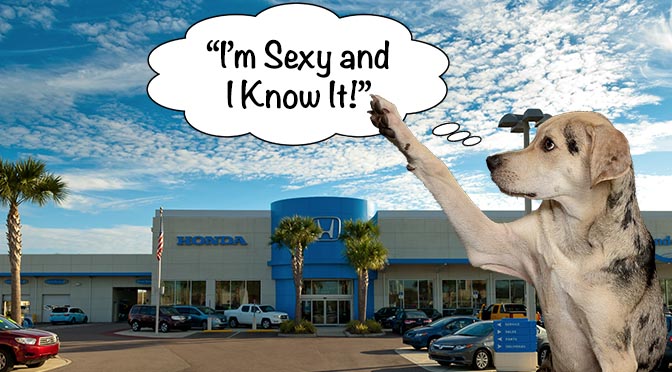 In 2012, Zeus first took over Brandon Honda – giving customers some of the lowest payments and best incentives ever offered by that dealership. In 2016, Sun Toyota became the newest member of the Morgan Auto Group. Zeus gained an immediate promotion and became the top dog at both Bay Area locations. Zeus is always happy to greet new customers and never rests until they've received the best deal possible on a new Honda car, truck, SUV or crossover. He's also dedicated to finding them the lowest financing terms and APR available. Since joining the dealership, Zeus has lived it up in Tampa Bay, and become a local celebrity. When he's not meeting his friends on the new dog walk at Brandon Honda, you can find him closing deals in the sales office, making sure each vehicle is up to his top-dog status for quality. Of course, on the weekends, you might find him jet setting around the country, as the VIP at the hottest club in town, or spinning a mix as DJ Lightning. All in the day in the life of Brandon Honda's mascot – Zeus! 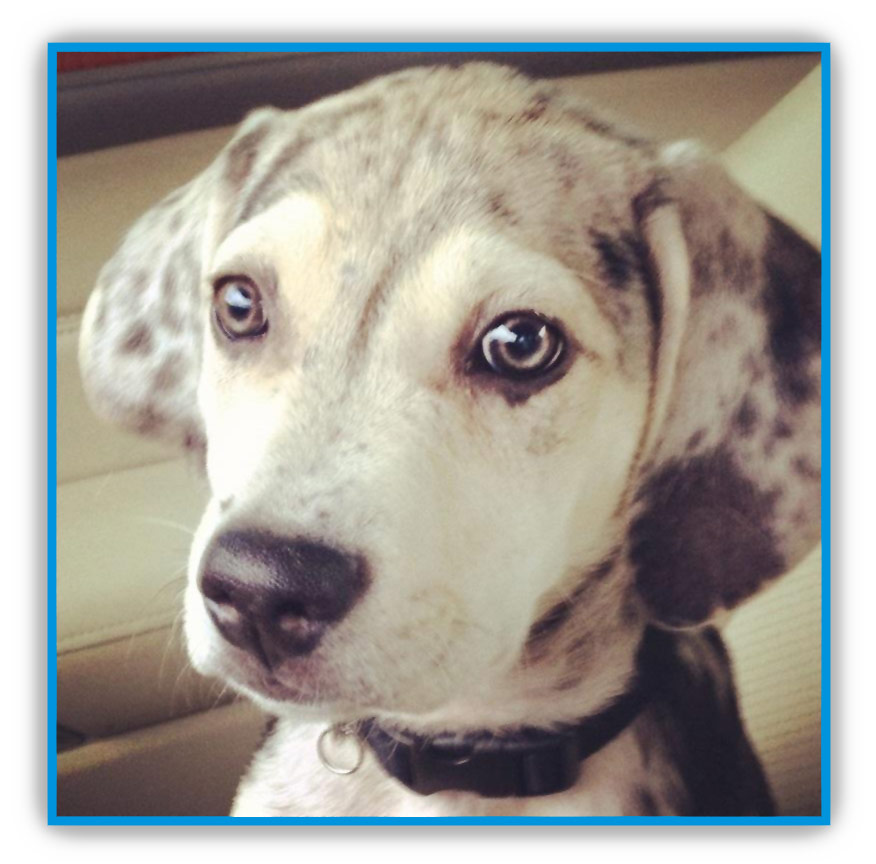 John Marazzi, managing partner of Brandon Honda, has always had a passion for helping shelter dogs find forever homes. That's one reason why he's been a strong supporter of animal rescue operations like E.A.R.S. Rescue in Odesa, FL. In the summer of 2012 when John stopped in at the Hyde Park Pet Shop, a particular Catahoula Leopard Dog caught his eye. E.A.R.S had brought the pup there hoping to find him a home. John knew instantly the dog would be perfect for protecting the big selection of over 425 different Honda models at his dealership on Adamo Drive in Tampa. He named the dog Zeus and it was the start of the Bay Area's finest partnership. In fact, it didn't take long for Zeus to really take the mascot role to a new level.

Zeus Says “Lend A Paw” And Help Other Rescue Dogs 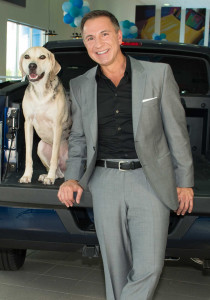 John & I On Tailgate 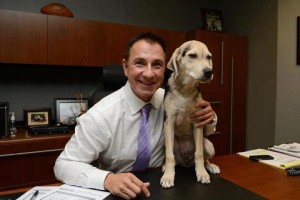 John And I At Work